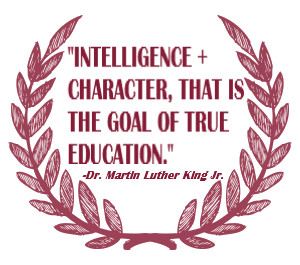 In 1999, the Jackson County Bar Association inaugurated the Judge Lewis W. Clymer Award to honor Judge Clymer for his years of service and dedication as a lawyer, judge and upstanding member of the community.  Judge Clymer, a native of Missouri, began his law career in 1939 upon graduation from Howard University.  He enjoyed a distinguished career, first as an attorney in private practice, followed by service as a federal government official, an Assistant Prosecuting Attorney, Assistant Attorney General for Missouri, Municipal Court Judge, and Circuit Court Judge.    Judge Clymer’s commitment to his community also included serving on the Board of Directors of The Urban League, the Kansas City Missouri School Board, and a life membership in the NAACP.   The JCBA is proud to pay tribute to Judge Clymer by presenting this annual Award in his honor.

The Clymer Award was established to recognize a minority attorney for his or her service to the community and their promotion of the integrity of the legal profession.  The inaugural Award was given posthumously to Elmer C. Jackson, Jr., who practiced law in Kansas City, Kansas for more than 60 years, until just shortly before his death in 1999 at the age of 86.   Other distinguished recipients of the Clymer Award include Taylor Fields, Basil North, James Tippin, Pearl Fain, Jon Gray, Mischa Buford Epps, and Debbie Brooks.

Nominations are now being accepted from JCBA members for this year’s recipient of the Clymer Award.   Please submit your written nominations by completing the attached Nomination Form and mailing it to:

You may also email it to Jon Otto jon.otto@bclplaw.com.

The Jackson County Bar Association’s Pyramid of Diversity Award was initiated in 2004 to recognize Kansas City area law firms and corporate legal departments who have excelled in their efforts to enhance diversity for people of color in the Kansas City metropolitan area based on the following criteria:

The Judge Kit Carson Roque, Jr. Scholarship is an annual law school scholarship sponsored by the Jackson County Bar Association (“JCBA”) and given in honor of the late Judge Kit Carson Roque, Jr.  An African-American graduate of the University of Missouri-Kansas City Law School and a former member of the JCBA, Judge Roque was also a dedicated civil rights leader, community activist and child advocate.